Which DAW is best? – Logic, Pro Tools, Ableton or Cubase?

My first multitrack workstation was my 4-track Portastudio (not a DAW, an AAW I suppose?), which gave me the novel luxury of changing the volume and panning different instruments after recording them! I could even use insert effects (a guitar pedal) and punch-in recording to fix questionable guitar solos. Things got a bit psychedelic after I realised I could record backwards audio by flipping the tape…

Next up, the combination of Windows 95 Sound Recorder and a cover disk demo of FruityLoops v1 was the basis of much experimentation on the family PC. That would have been my first go at making sample-based tunes.

Shortly after that I installed Cubase VST on my own cheap PC which was a revelation. Editing, recording, insert effects, automation (if somewhat limited) all in the same program. Although I think I could only manage about 10 tracks before the machine fell over, I can remember being blown away by how much you could do on a home computer. I got myself a dedicated soundcard, a MIDI keyboard and a C1000 mic and felt like there was already a mind-boggling world of possibility.

My first ever job in the music industry was as studio assistant for Coldcut. One of my first tasks for was to resurrect the classic audiovisual collage track ‘Timber’ for use in their upcoming live shows. As it was originally made in the mid-nineties, I had to record out all the parts from the Akai S1000 samplers being triggered from a Mac running a MIDI-sequencer (possibly an early version of Logic). That’s when I realised how easy I’d had it joining the digital audio game after the creation of software samplers…

At that time (2004) Coldcut were starting to use Ableton Live for their live shows and it was already becoming a weapon of choice for studio production too. I think that must have been around version 3 or 4. Features such as elastic audio and session view were so innovative and I fell in love with this new approach to a DAW. The icing on the cake was the intuitive instant mapping of MIDI and qwerty key commands. Suddenly audio felt less rigid and like something you could manipulate and mould. To me Ableton feels like it has an element of play even when you’re using it for serious work. 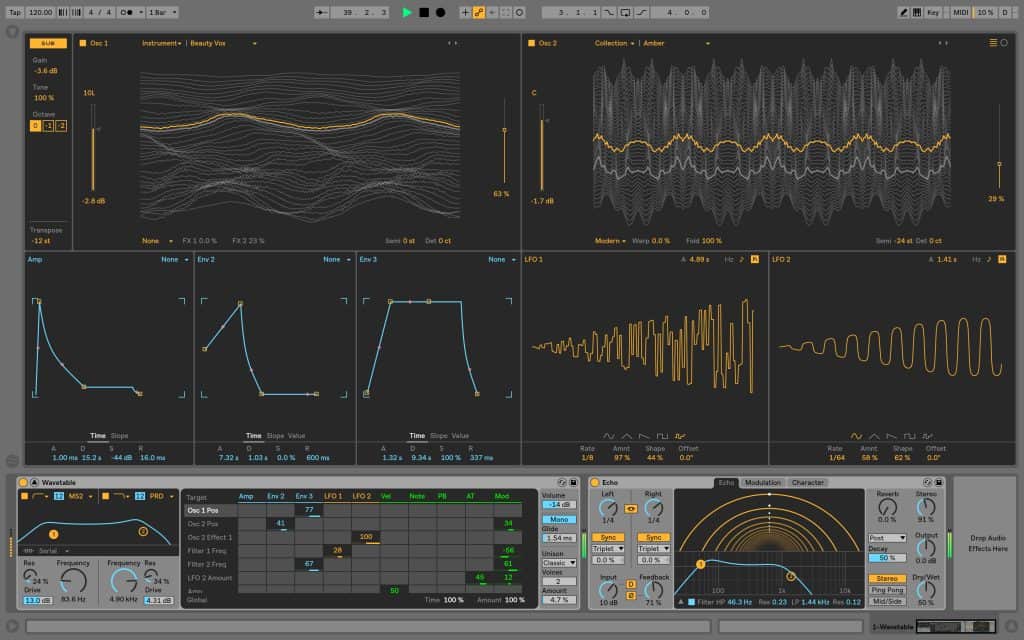 As I moved towards working in professional recording studios it became clear that becoming proficient in Pro Tools was an absolute must. After that initial learning curve you get with all new DAWs, it became clear that this was a powerful beast. Where it succeeded (and i think this was version 7.1) was with a clear sterile lab-like visual layout, with extremely powerful and precise editing capabilities. Also, so much of the Pro Tools workflow is geared towards staying organised and keeping things simple. That is invaluable when you find yourself in high pressure sessions. All in all Pro Tools feels solid and I think the fact that you could only use it with qualified audio interfaces has done a lot for that reputation. It’s going to be interesting to see how version 9 is received now it can run with any soundcard.

Nowadays I do nearly all of my work in Ableton and Pro Tools. Generally, any editing or mixing will be the reserve of Pro Tools whereas Ableton will be the one if I’m composing or coming up with ideas. That said, improvements in both mean there is more and more overlap: Pro Tools now has an amazing elastic audio engine, with more bundled instruments and effects, and Ableton has more and more grouping and editing features. I still think Ableton is absolutely unbeatable for live performance and the recent addition of The Bridge for linking Serato Scratch with Live is perfect for laptop DJs wanting to do more interesting things with their live sets.

So that’s my vote: Pro Tools and Ableton Live.

Next
See reviews & pictures on Yelp